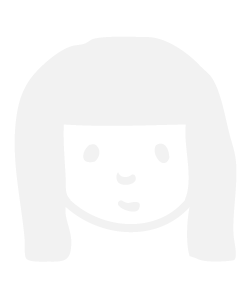 When we moved into a more rural part of the country, I was surprised by how many things were different. In addition to having a septic tank, we also had a water well that we had to figure out how to service. However, we quickly learned everything we needed to know, and before I knew it, I was moving in to a place that I felt really good about. Now I can see that all of those little services are a serious benefit, since they help to reduce our monthly costs. Read more on this website about protecting your home and using off-the-grid technologies like septic tanks.

Storm sewer lines frequently suffer from obstructions. Dirt and sand are the main culprits (they enter the system due to erosion caused by heavy rainfall), but trash is a major factor as well. Cigarette butts, bottles, food packaging, and other forms of litter are all easily washed down into storm drains, and they can quickly form major obstructions within the storm sewer system.

Thankfully, you can easily remove all obstructions from your storm sewers by hiring a Jet-Vac service. Read on to find out why frequent cleaning is important and why a Jet-Vac is the best choice for storm sewers.

An obstruction in the storm sewer system can cause localized flooding during heavy rainfall. Streets may become impassable due to deep floodwaters, and residents will begin to complain.

Localized flooding also tends to worsen obstructions. In suburban areas, the water on the street may rise above the level of the curb. Floodwater can erode lawns, washing dirt and gravel further downstream. Eventually, some of it will wind up in the storm sewer system.

Besides localized flooding, dirt and sand in the storm sewer will cause impaired performance across the entire storm drainage system. They build up on the bottom of the pipes, reducing the amount of water that can flow through.

What Makes a Jet-Vac the Best Choice for Storm Sewer Cleaning?

Jet-Vac services are able to quickly remove debris from storm sewer systems. A Jet-Vac is a truck-mounted device that consists of a hydro jet and a vacuum. The hydro jet nozzle is fed into a portion of the storm sewer system, and then water from the truck is pumped into it via a hose.

The narrow opening on the nozzle significantly increases the pressure of the water, causing it to spray out violently and push debris further along the storm sewage system. The nozzle rotates so that all of the buildup is removed, and the turbulent water even removes built-up dirt and sand caked on the bottom of the storm sewer.

While the hydro jet is being pushed through a section of storm sewer, the vacuum apparatus waits further downstream. The vacuum sucks all of the water and debris into a holding tank, which prevents it from forming another clog in the storm sewer system or spilling out into the waterways.

By working together, the hydro jet and vacuum in the Jet-Vac system are able to quickly clear out sections of the storm sewage system, removing all obstructions and letting water flow freely through them again.